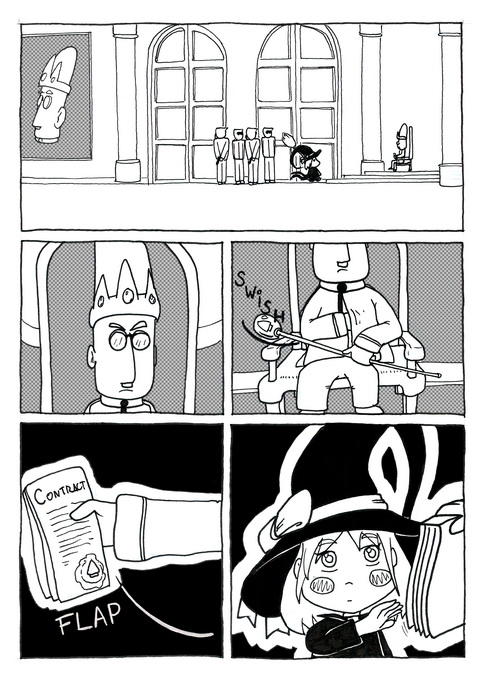 A 24-hr Comic is a 24-pages comic that you do in 24 hours, start to finish. It’s what I tried to do with Little Witch, though I failed rather hard.

First, a number of things conspired to keep me from ever having 24 hours to dedicate to a single task, not least of them my inability to stay awake for so long. So I totally cheated and did it in a number of takes over several days.

Worse though, I realized early on that I wouldn’t finish in the time allowed, so I decided to put more effort into it so that it would at least end up looking better than if it had been made in 24 hours. In the end, it took me a bit over 28 hours to write, draw and edit all 24 pages. Still, that’s like a million times faster than when I was working on Imaginary Daughter, so hey, improvement, I guess.